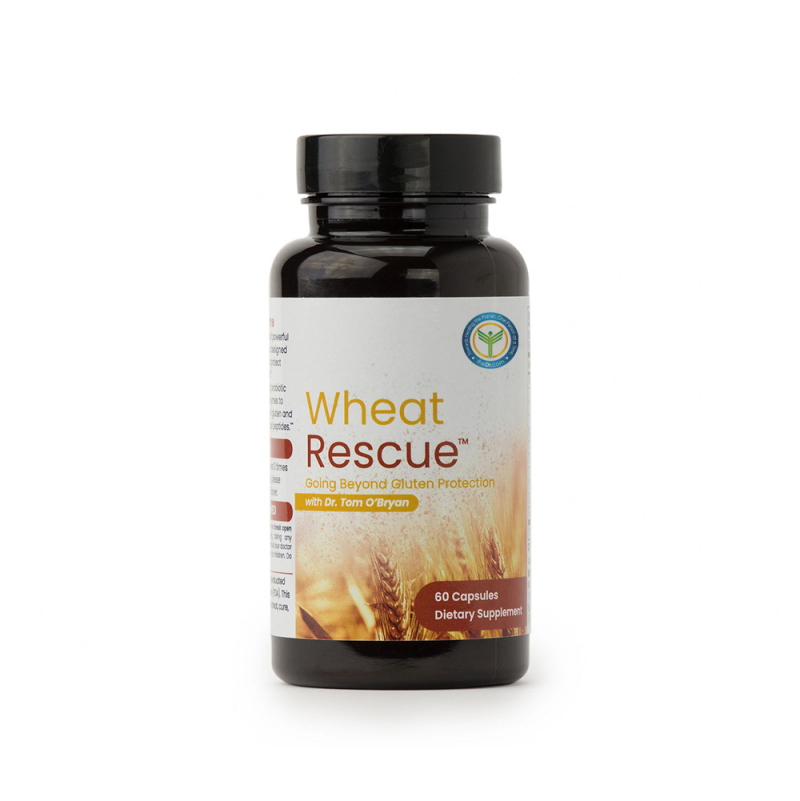 DPP-IV and Tolerase G® are specific enzymes that assist in the breakdown of glutenin and gliadin proteins, the building blocks of gluten.

There’s no denying that gluten is problematic for many people. Many doctors will suggest a strict gluten-free diet, but recent discoveries have revealed this may not be enough.

A combination of probiotic spores and yeast can effectively support intestinal health and barrier function. Saccharomyces boulardii is a probiotic yeast that can help support digestive health by producing lactate, B vitamins, and targeted antimicrobials. S. boulardii has also been shown to support the immune system through the upregulation of IgA and IgG secretions in the intestines. Bacillus coagulans and Bacillus subtilis are spore-forming probiotics that are naturally designed to survive digestion, support intestinal barrier function, and support the microbial diversity of the gut microbiome.

Suggested Use
Ages 8+: Take 1 capsule with a meal 3 times daily. Children under 8 years of age please consult with your healthcare practitioner.